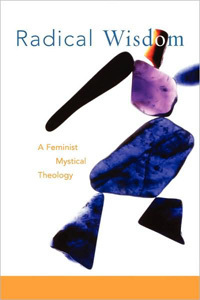 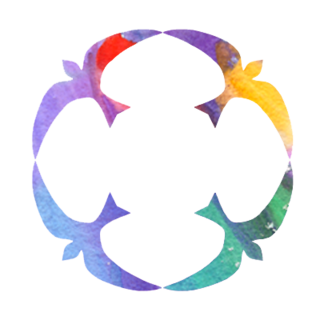 Sacred Seasons: A Year of Meditations

Sacred Seasons is a collection of spiritual wisdom drawn from the expressive writings of Beverly Lanzetta. As a daily practice, the meditative entries call us into living light of the Divine, encouraging us to slow down and savor the gift of sacred time.

A Feast of Prayers: Liturgy to Holy Mystery

A joyful and practical companion to sanctifying each day, with morning, afternoon, and evening prayers for each day of the week. Vigils are included for morning and night, as well as prayers for special occasions.

A New Silence: Spiritual Practices and Formation for the Monk Within

A New Silence focuses on the inner transformation and spiritual practices that guide us to live for the Holy and for the good of creation.

The Monk Within: Embracing a Sacred Way of Life
The Monk Within is written for the person seeking a deeper, contemplative orientation to daily life.
Foundations in Spiritual Direction: Sharing the Sacred Across Traditions

Through the interplay of text and sacred art images, the book is designed to re-awaken our metaphorical minds and liberate our intuitive knowing.

The Nine Jewels of Night: One Soul's Journey into God
This book is a personal account of theologian and spiritual teacher Beverly Lanzetta’s search for a new expression of the eternal quest for truth.
Path of the Heart: A Spiritual Guide to Divine Union
This is a modern spiritual classic, and the first written account of the life-changing mystical revelations of divine suffering and divine love that Beverly Lanzetta experienced in 1976.
Radical Wisdom: A Feminist Mystical Theology
This luminously written volume is a wonderful resource for women and men to reclaim their spiritual lives. Radical Wisdom introduces the concept of via feminina (way of the feminine) and the importance of gender in the spiritual life.

In this luminously written volume is a wonderful resource about and for women’s reclamation of their spiritual journey. Lanzetta, a historical theologian and spiritual director, has captured both the pressures and conditions that stymie women’s spiritual lives and the personally and socially transformative potential of the classical women’s mystical tradition Radical Wisdom focuses on the contemplative process of women’s journey from oppression to liberation and the importance of gender in the spiritual life. Drawing especially on the mysticism of Julian of Norwich and Teresa of Avila, Lanzetta lays out the spiritual dimensions of violence against women and the contemplative techniques used by women masters to achieve their highest spiritual potential. She also investigates how unjust social and political conditions afflicts women’s souls, and the spiritual disciplines women use to transform centuries-old
structures of consciousness fundamentally damaging to the human spirit and to creation.

"Via Feminina is a beautifully written, original and luminous study of women's mystical experience in the Christian tradition. Lanzetta's engaged, open-hearted response to these mystics is refreshing and encouraging. It reflects her deep conviction that their vision of God, the soul, and the world has the power to challenge and transform us even now. A compelling and significant work."

–Douglas Burton-Christie, Professor, Christian Spirituality, Loyola Marymount University, Los Angeles
"There is a classic statement in the wisdom of the spiritual life: ‘If you need a spiritual guide, the guide will appear.’ Such a guide is Beverly Lanzetta and her wisdom is richly contained in her present book. She knows profoundly what she calls the ‘via feminina’ in its classical form in Teresa of Avila and Julian of Norwich and how it applies in the spirituality of women in our time. She writes with penetrating depth and with firm yet sensitive authority. Her wisdom illumines the way of both women and men to become companions on their mutual spiritual journey in the present and into the future."
–Ewert Cousins, Professor Emeritus, Fordham University
"Lanzetta's Radical Wisdom is a feminist revisioning of mysticism. Going beyond both the positive and negative paths of the mystical journey, Lanzetta proposes a ‘via Feminina’ that can heal the deep spiritual wounds of patriarchy and transform women's inner and outer humanity in holistic relation to others, men and women, God and the cosmos."
–Rosemary Radford Ruether, Graduate Theological Union, Berkeley, California
"Radical Wisdom by Dr. Beverly Lanzetta is a rare and articulate revelation of the distinct spiritual journey traveled by a woman or man who feels drawn to the subtler, embodied trek toward the Divine. Intellectually and emotionally accountable, the work puts words to aspects of the mystical spiritual journey seldom discussed. It particularly addresses a woman's experience of the world, of herself, of her own body, and of the Divine Mystery that most works have only pointed toward. A functional blend of historical perspective and mystical apprehension,
Lanzetta offers a humble and pristine glimpse that will serve to legitimize and elevate a woman's life as a distinct path to the holy Mystery. This work positions itself in the current-day struggles of all vulnerable beings, whether a woman's experience of the world, of herself, of her own body, and of the Divine Mystery female, male, child, or nature, and finds voice and power in the movement of everyday lives. Radical Wisdom is a ground-breaking, much needed work."
–Corinne Martin, Faculty in Spirituality and Medicine, University of Maine, Portland
"None of the existing studies on mysticism and feminism combine critical theoretical reflections with practical theological and spiritual insights as integrally as Beverly J. Lanzetta does. Due to her rich experiences as teacher and spiritual director she writes with an extraordinary sensitivity, finely attuned to the nuances and discernment of a deep inner life fully embodied in the world. Her effort to deconstruct all that falsely defines women is traced through the ‘un-saying of “woman”’, revealing much of traditional Christian mysticism as yet another product of patriarchy. In contrast to this, Lanzetta proposes a mystical ‘via feminina’, where the ‘feminine’ is not defined according to male needs as yet another invention of the patriarchal imaginary, but a ‘feminine way’ which conveys both a transformative consciousness and a mystical path that women and men can share in spite of their differences. This ‘via feminina’ is traced out as ‘a socially engaged and bodily contemplative practice’ (24) whose singular richness and complexity are impossible to capture in a short review.

The book’s three parts deal first with theory and historical background, then with women mystics
of medieval Europe (where Julian of Norwich and Teresa of Avila are read as ‘cartographers of the soul’ and John of the Cross is reflected upon from ‘the dark night of the feminine’), followed by practical perspectives on ‘embodied and engaged contemplation’.

Drawing on her intimate knowledge of classical mystical texts, Lanzetta attempts to draw a new map of an active mystical spirituality that can energise women's struggles for spiritual equality and agency. Some of her readings of Teresa are startlingly new and empowering, so is her bold conception of a world ethic of spiritual rights, which needs more developing though. Among other strengths of this book are its comparative perspective in acknowledging the mystical richness of different faiths, its powerful reading of women’s body as mystical text, its reflections on sexual love as a type of contemplation, of embodiment as a writing of divinity into the world, and its critical stance on our material culture, ‘blinded to the unseen’ (173). Lanzetta’s vision of the organic wholeness and spiritual unity of humanity can strengthen a profoundly ecological spirituality, her feminist mystical theology rooted in radical wisdom provides a much needed spiritual dynamic that can feed contemporary social struggles for peace, equality, and justice. A radical, daring and innovative book indeed. I cannot recommend it highly enough."
–Ursula King, Professor Emerita, University of Bristol and London
Loading…}